An initiative of Cefic and PlasticsEurope, bundling the associations involved in the Plastic Value Chains

The European Coalition for Chemical Recycling was founded in March 2019 by Cefic and PlasticsEurope. The coalition will contribute to the work of the EU Circular Plastics Alliance, which aims to ensure that 10 million tonnes of recycled plastics find their way into new European products by 2025. It brings together associations along the plastic value chains with an interest in the development and deployment of chemical recycling. The coalition meets at regular intervals to exchange information and coordinate activities with the broader value chain.

The aim of the coalition is to work together to address key and common issues concerning chemical recycling collectively. The coalition will operate to maximise common understanding. 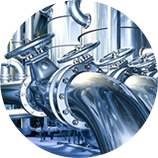 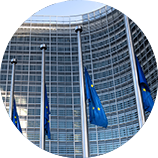 The coalition calls for enabling conditions 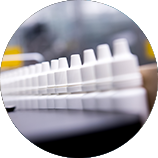 The coalition aims to collaborate for alignment along value chains

Recycling of plastics waste includes processes such as mechanical recycling, dissolution recycling and chemical recycling. Chemical recycling break down plastic waste into chemical substances, including monomers. The resulting feedstocks form valuable chemical building blocks from which new plastic materials can be produced, or other chemical products.

How it is different from mechanical recycling

Definition of chemical recycling applied by the coalition

Chemical Recycling converts polymeric waste by changing its chemical structure to produce substances that are used as products or as raw materials for the manufacturing of products. Products exclude those used as fuels or means to generate energy.

Why is it important for the Coalition to have a definition for chemical recycling?

The Coalition aims to provide a harmonised understanding that recycling waste does not include energy recovery and the reprocessing into materials that are to be used as fuels or backfilling operations. This in turn is intended to aid the Coalition in setting the scope and boundaries for its work, reflecting the views of the 25 associations involved in bringing visibility and understanding to the concept of recovery of raw materials from waste polymeric products.

Why not use the definition of recycling from the Waste Framework Directive or what has already been defined by ISO?

There is a difference in scope between the Coalition definition and the Waste Framework Directive (WFD) Article 3.17. The WFD definition is as follows:

“recycling means any recovery operation by which waste materials are reprocessed into products, materials or substances whether for the original or other purposes. It includes the reprocessing of organic material but does not include energy recovery and the reprocessing into materials that are to be used as fuels or backfilling operations.”

The existing ISO definition (ISO 472: 2013: 2.1690) relates to plastics and therefore has a slightly narrower definition:

With the Coalition’s definition, we want to ensure that we do not limit ourselves and clearly include all kinds of polymeric materials that chemical recycling can or could recycle (in the future).

Can you please explain the elements taken up in the definition?

The definition includes different elements because “chemical recycling” has evolved over many years. For example, when referring to raw materials, it is critical to clarify that chemical recycling can produce commercial end-products or raw material as intermediaries to manufacture a product. Furthermore, in their definition the Coalition wanted to explicitly highlight that products exclude those used as fuels or means to generate energy in line with the WFD. See below an explanation for each element taken in the definition.

Polymeric waste is explained by the polymer definition under REACH: Means a substance consisting of molecules characterised by the sequence of one or more types of monomer units. Such molecules must be distributed over a range of molecular weights where differences in molecular weight are primarily attributed to differences in the number of monomer units. A polymer comprises the following:

(a) a simple weight majority of molecules containing at least three monomer units which are covalently bound to at least one other monomer unit or another reactant;

(b) less than a simple weight majority of molecules of the same molecular weight.

In the context of this definition, a “monomer unit” means the reacted form of a monomer substance in a polymer.

Hence “Polymeric Waste” is “waste” as defined in the WFD that is largely made up of polymers.

Reference to “converts” means that chemical recycling facilities receive polymeric waste sorted in the waste management processes, returning it from an end of life status to a circular recovery system. Chemical recycling changes the structure of the polymers into molecules of lower molecular weight.

Substance is defined: under REACH as a chemical element and/or its compounds in their natural state or obtained by any manufacturing process, including any additive necessary to preserve its stability and any impurity deriving from the process used, but excluding any solvent which may be separated without affecting the stability of the substance or changing its composition.

Hence a Substance can be made by any manufacturing process, including chemical recycling. The Coalition refers to “substances” to also include mixtures.

Raw Materials is defined: as materials or substances used in the primary production or manufacturing of goods. Raw materials are commodities that are bought and sold on commodities exchanges worldwide.

Hence raw materials are used in primary production or manufacturing and can be traded.

Products: in the definition, this refers to polymers as defined above and other materials or substances other than fuels.

How should this definition be seen in the context of the Circular Economy?

The output of chemical recycling, as with other types of recycling operations, include products that are used back in the same application from which they originated, such as polymer manufacture, or alternative applications. Hence, chemical recycling ensures materials are kept in a circular process by turning them back into valuable products, replacing the dependency on fossil and other non-renewable resources in the production of new products.

Recycling facilitates the Circular Economy, being a critical link in the circle. For the Coalition, we see various important aspects to be understood within this discussion; namely:

The Coalition promotes the highest possible waste management hierarchy that is right from a chemical, environmental and economical perspective considering the full life cycle of products.

Why is there no reference to technologies in the definition? Can you give some examples of chemical recycling technologies?

The Coalition believes that it is important to define chemical recycling by its principles, rather than link it to specific technologies, which may change over time as waste processing becomes an important sustainable sector.

A brief description of the various commonly known technologies is as follows: Pyrolysis thermally decomposes the polymeric waste using heat and in the absence of oxygen. Solvolysis/chemolysis or other depolymerisation processes break the polymer chain down into its monomer constituent parts. Gasification is another example which decomposes polymeric waste into syngas and is used as a raw material to manufacture products.

Does dissolution technology fit this chemical recycling definition? If not, how will dissolution be considered?

Dissolution recycling is a complementary process to mechanical and chemical recycling to turn polymeric waste into valuable new raw materials.

Dissolution technology does not fit the chemical recycling definition as defined by the Coalition, as it involves polymeric waste being dissolved into a solvent(s) and a specific target polymer is then precipitated to produce a recycled polymer. The structure of the polymer is not altered by this process.